It cannot be easy for the ANC to keep up the incredibly low standard that it has set for itself. From the failure to stamp out corruption, to the treatment of the parastatals and the economy, the party struggles to put a foot right. It should be little wonder therefore that when it comes to foreign policy, their success is no different.

Last week in a surprising move, the United Arab Emirates and Israel announced that they had reached an agreement to establish full political and economic relations.  The news was immediately welcomed by the people of both counties who flooded social media with invitations and love. On hearing the news, the Tel Aviv municipal buildings lit up in the colours of the UAE flag, an unimaginable event just a few months ago. Egypt, Jordan, Oman and Bahrain wasted no time in publicly supporting the deal and expressed hope that other countries would follow. Both the United Nations and the European Union voiced gratitude that the two countries had made peace. Because peace is generally considered to be a good thing.

Unless you are the ANC.

The Iranians of course were horrified by this sudden outbreak of peace. So too was South Africa, who managed, through the Department of International Affairs and Cooperation (DIRCO), to issue a statement saying that the establishment of a ties between the UAE and Israel was “Regrettable.” Perhaps, I thought, I had labored under the misconception that the word regrettable means something different that which I always had understood it to mean. Which is why I consulted Oxford for the definition of the word.  “According to Oxford regrettable means “An undesired outcome.” Peace between two countries who have existed in a state of animosity, who have not been able to work through their differences, and who have now made peace, is according to DIRCO’s statement regrettable to the ANC. Along with the Palestinians and Iran, the ANC sees peace as a terrible and negative event.

The ANC have long made it clear who they favor in the Middle East; anyone who is not Israel. So committed are they to their bias that are unable to see anything outside the lens of the Palestinian-Israeli conflict. Instead of seeing this as an opportunity perhaps for the UAE to bring the Palestinians together with Israel, or for the UAE to exert some pressure on both the parties to finally negotiate an agreement, the ANC, in a knee jerk response  parroted the view of those they have committed to support. Whether rational or not. If the Palestinians were not happy with peace, then nor would the ANC be happy either.

The recent outrage of the ANC to the utterings of the Chief Justice Mogoeng Mogoeng who dared to say that he loves both Israelis and Palestinians should have been indication enough. There is no equivalence in the eyes of the party, which means that there can be no tolerance for anything that Israel does. And if it means that they need to blindly condemn a peace agreement, without even knowing what it entails (because details have not been worked out), and that will in all likely-hood bring good into the world, then so be it.

The South African Jewish Board of Deputies could hardly contain their shock at the ANC’s reaction to a peace agreement, and issued the following statement “By rejecting rather than welcoming a promising agreement that advances peace between Israel and its neighbours, Government is again missing an historic opportunity to play a constructive role in the pursuit of peace in the greater Middle East region. The SAJBD calls on the South African Government to reconsider its position on developments in the Middle East so as to make a positive contribution to the cause of peace and security in that region.”

Whereas the SAJBD continue to be hopeful that the South African government will come to their long-gone senses in order to play a constructive role in the peace process, it is clear that that ship has long sailed. Without the ability to see that a the existence of reality other than the one already constructed, without the interest in looking at the situation through another lens, there is little chance of this ever happening.

The sad reality is that outside of South Africa, pretty much no one cares what DIRCO or the ANC thinks is “regrettable.” By siding repeatedly with Iran, Venezuela, by failing to assist in the Zimbabwean crises, by not holding Mugabe or Omar el Bashir to account, and by welcoming Hamas to South Africa, they have made it clear where they stand in the global arena. And in doing so, they have entrenched themselves to position of irrelevance.

It is a sad day when the government considers peace to be regrettable. But when it comes from the ANC, we should hardly be surprised.

The Devil in the Detail

The photo of Julius Malema outside a Click’s store, Monday went viral for all the wrong reasons. Sporting a magnificent pair of Prada loafers, Malema

I can guess what happened. In a moment of exasperation, President Cyril Ramaphosa drafted a short, strongly worded open letter to his colleagues in the

It cannot be easy for the ANC to keep up the incredibly low standard that it has set for itself. From the failure to stamp 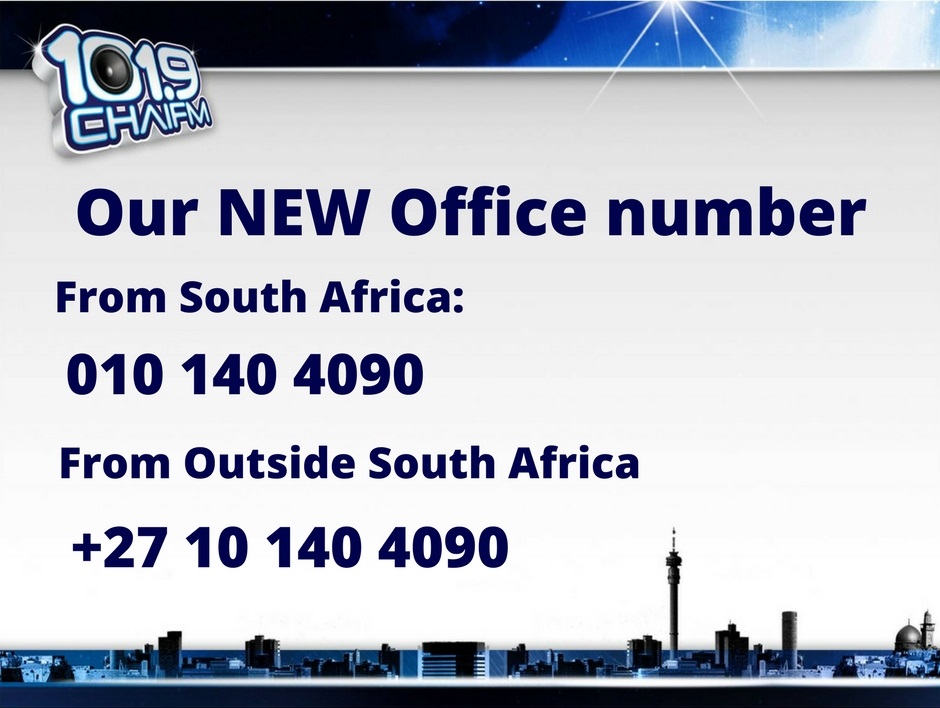 MORNING MAYHEM WITH THE TEAM

CHAI DRIVE WITH THE CHAIFM TEAM